The chance that the collapse of one institution leads to the collapse of an entire system is known as systemic risk. IIASA researchers investigated this emergent phenomenon in networks and suggested approaches to its management. 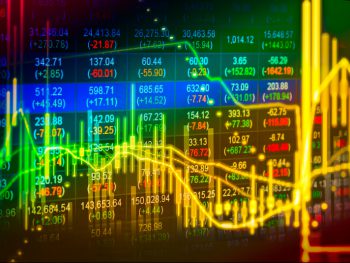 The financial crisis of 2008 was triggered by the failure of a single bank. It is however not only financial firms that contribute to systemic risk in monetary systems, but also non-financial firms such as vehicle manufacturers and energy companies. A study [1] by researchers from two IIASA programs reconstructed the financial network of nearly all commercial enterprises (49,363 firms) and banks (796) in Austria, making this the most comprehensive financial network ever analyzed.

These findings support introducing a regulation similar to the Basel III framework, which was imposed on banks to increase bank liquidity, on non-financial firms as well. The study further suggests that bank stress tests should go beyond current practices to consider not only inter-bank feedback effects, but also effects between banks and the real economy.

As systemic risk is a network property, it can also be decreased by restructuring a network’s connectivity. IIASA researchers looked at the most prominent measures for managing both individual (non-systemic) and systemic risks to better understand how a joint integrated regulatory framework can be developed to increase the resilience of both [2]. Specifically, they advocated for an intelligent combination of hedging instruments (e.g., insurance) to increase resilience to individual risk with measures to change system network linkages by, for example, restricting the speculative behavior of banks.

Another aspect not typically considered in systemic risk research concerns the nature of the trigger. Banks can, for instance, experience gradual increases in stress, eventually leading to default, while natural hazards leading to cascading losses can be graduated in their severity. In their paper [3], IIASA researchers showed how the risk of gradual and dependent trigger events could be estimated using statistical constructs called copulas to quantify the increasing dependency between higher-impact event probabilities.

An additional study using copulas to assess Austria’s drought risk [4] further showed that subsidized insurance would need 20% more funding in the future due to climate change. While average yields of the most important crops are expected to increase, the risk of extreme droughts with cascading impacts also increases.