In addition to mitigation and adaptation, the concept of “Loss and Damage” is considered a third pillar in the climate policy discourse. IIASA researchers provided evidence-based insight and proposals to facilitate a step-change in this highly politicized climate policy domain. 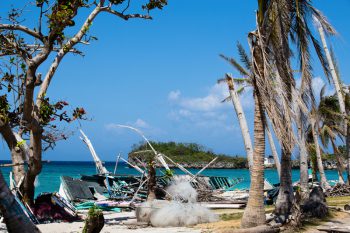 The discourse around “Loss and Damage” (L&D) has gained traction over the last few years. Supported by growing scientific evidence of man-made climate change amplifying the frequency, intensity, and duration of climate-related hazards, along with emerging evidence that adaptation may not be feasible in some regions, the Warsaw International Mechanism for Loss and Damage was established in 2013 and supported through the Paris Agreement in 2015. Despite some advances, the debate has been broad, diffuse, and even somewhat confusing. A book [1] published in 2018 as a joint effort by the Loss and Damage Network – an IIASA-led partnership between scientists and practitioners from various institutions around the globe – provides evidence-based insight into the L&D dialogue by highlighting state-of-the-art research conducted across multiple disciplines. The publication discusses applications in practice, and provides perspective on different policy contexts and salient policy options.

The volume identifies key propositions that hold potential for advancing the highly politicized debate. One proposition suggests that comprehensive risk analytics integrated with distributive and compensatory justice considerations provides an effective entry point for identifying a distinct L&D policy space and working towards a jointly acceptable position among negotiators from both developed and developing countries as there is currently no accepted definition of what L&D constitutes.

For the short-medium term, the authors’ proposed framework takes a needs-based perspective for climate risk management beyond countries’ ability to absorb risk. For the medium-longer term, they suggest the consideration of liabilities attributable to man-made climate change and its associated impacts. The authors developed the framework based on the principles of need and liability, and identified the policy space for L&D as composed of curative and transformational measures.

Transformational measures, such as managed retreat, have already received attention in discussions on comprehensive climate risk management, but according to the authors, curative action is less clearly defined, and more contested. They postulate that support for a climate displacement facility could be one policy option. For both measures, risk financing (such as climate insurance) emerges as an entry point for further policy action, as it holds potential for both risk management and compensation.

To quantify the L&D space for specific countries, the authors suggest building on a risk layering approach that segments risk and interventions according to tolerance. With many aspects of L&D being of immaterial nature, the authors propose that in principle, the current broad risk and justice-based approach can also be applied to issues like migration and the preservation of cultural heritage. The Intergovernmental Panel on Climate Change (IPCC) invited one of the book editors to coordinate the review of the state-of-the-art on L&D for its recent 1.5°C report [2].