Facilitating the sustainable use of common resources

Ensuring the sustainable use and preservation of common resources is one of the major challenges facing humanity over the next century. Three studies undertaken by IIASA researchers in 2018 looked into conditions that would make this possible.

Common goods such as climate, clean air, natural forests, or fish stocks, can be threatened by over-exploitation. In an influential 1961 publication, the American ecologist and philosopher Garrett Hardin called attention to the damage that seemingly innocent actions by individuals can inflict on the environment by adhering to individually rational decisions, that when aggregated may have disastrous consequences at the population scale. This phenomenon, which Hardin dubbed “the tragedy of the commons”, is often studied using a game-theoretic model known as a public goods game. In the simplest instance, the public goods game permits only selfish exploitation as the long-term outcome.

Much effort has been put into research aiming to clarify the factors that facilitate sustainable resource use. IIASA researchers specifically investigated how cultural values and the entanglement of common resources and public welfare influence individual decisions, and how information availability and different interactions can help facilitate the sustainable use of common resources.

The vast majority of research on the public goods game have considered only a single resource in isolation. Realizing that several important public goods such as clean air, lush forests, and social security, affects individuals in more than one way, IIASA researchers increased the realism of the public goods game by assuming that the common resource directly affects public welfare [1]. In a large experiment, they asked 320 participants to play a computer game in which the public good was represented by a forest that could be harvested for revenue, but that simultaneously could be protected against recurrent floods. They found that flood risk helped to reduce overexploitation and that egalitarian values among the participants improved the group’s ability to preserve the forest. 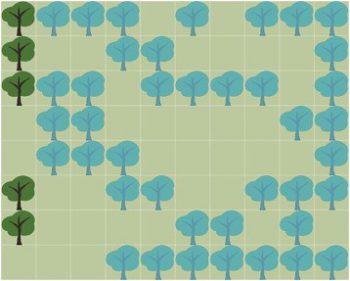 Figure 1: An illustration of the forest game from.[1]

One of the studies aimed at shedding light on the role of different types of interactions and information availability for ensuring sustainable resource usage, corroborated the traditional understanding that a higher likelihood to interact with individuals of the same type promotes cooperation [2]. The other study paradoxically found conditions under which a higher likelihood of interacting with individuals of another type tends to promote cooperation, and revealed that information on the actions taken by the other individuals can sometimes be detrimental to cooperation [3]. These studies show the need to consider many facets simultaneously in order to understand the factors and conditions that facilitate sustainable resource use.