A call for climate-smart agricultural policies

The world will have to sustainably feed 10 billion people by 2050, but the ways in which we are currently producing and consuming food is putting pressure on the environment. Several IIASA studies looked into these issues in 2018. 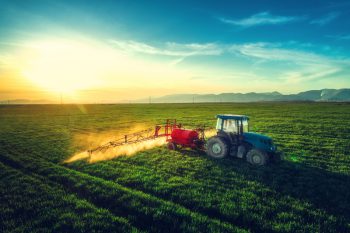 The agricultural sector is the world’s largest source of non-CO2 greenhouse gas emissions. In fact, emissions from agriculture currently make up 10-12% of anthropogenic greenhouse gas emissions and the percentage is growing, largely thanks to the increased use of synthetic fertilizers and growing ruminant herds. If the world is to meet the 1.5°C climate stabilization target set out in the Paris Agreement, these emissions will have to be reduced.

IIASA researchers were part of a team that analyzed agricultural non-CO2 mitigation using a combination of four global economic models and assessed the reduction potential [1]. They estimated the potential of a comprehensive set of options on both the supply and demand side across regions and gained insights into the contribution and importance of different areas of mitigation.

The beef and dairy industries in particular are highly greenhouse gas intensive, and across all models and carbon price scenarios, had the ability to contribute more than two thirds of the total mitigation potential in agriculture. The study identified three areas for mitigation on the supply side including technical options, such as animal feed supplements; structural options, such as changes in crop and livestock portfolios; and production effects, such as changes in production levels. Demand side options involved consumers in developed and emerging countries switching to diets with fewer animal products. The results show that steering mitigation action towards a limited number of regions and commodities such as beef and milk would allow for substantial emissions savings, even at low costs. Implementing all options together could reduce the sector’s emissions by up to 50% by 2050 compared to a situation without such efforts.

Another study [2] similarly showed that the economic potential of non-CO2 emissions reductions from agriculture could be up to four times as high as previously estimated if all mitigation areas on the supply side are considered. The researchers urge immediate action to favor the widespread adoption of technical options in developed countries, along with productivity increases through structural changes in developing countries, to move the agricultural sector towards a climate stabilization pathway. 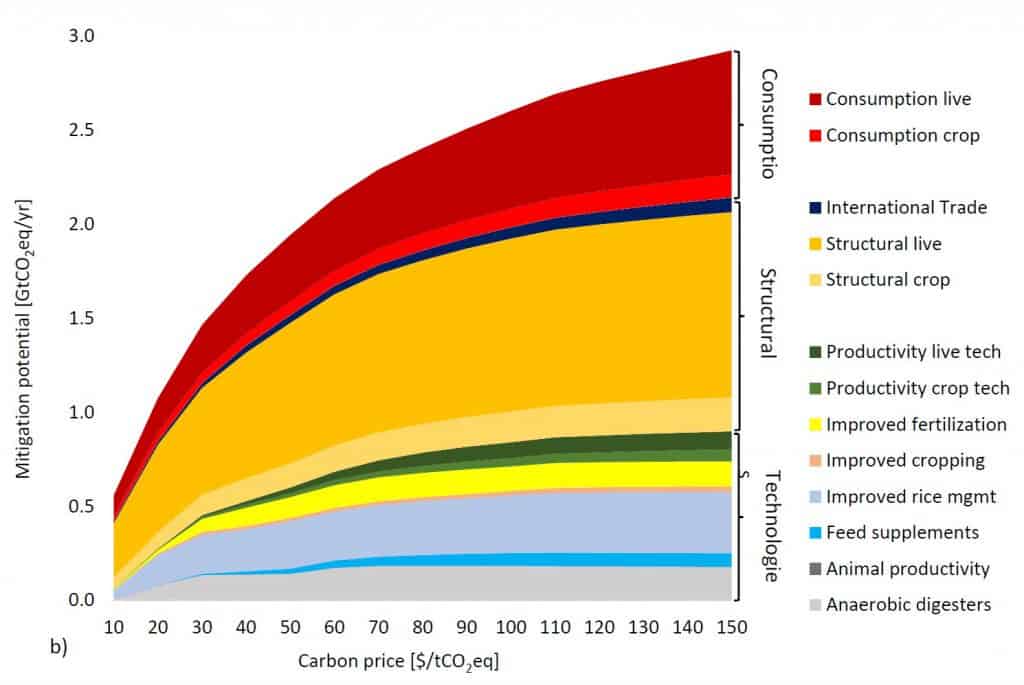 Work with researchers from Japan further revealed that a single climate mitigation scheme applied to all sectors, such as a global carbon tax that also includes agricultural emissions, could have a serious impact on agriculture and result in far more widespread hunger and food insecurity than the direct impacts of climate change [3]. The findings indicate that without careful planning, the burden of current mitigation policies is simply too great. The researchers however emphasize the importance of “smart”, targeted policy design, particularly in agriculture, and advise policymakers to scrutinize other factors and development goals more closely, rather than focusing only on the goal of reducing emissions when designing climate mitigation policies for the agricultural sector.