When fertility levels are low, as is currently the case in Europe, international migration becomes the main factor influencing population growth. However, research shows that in terms of economic consequences, the size of the labor force and productivity matter more. 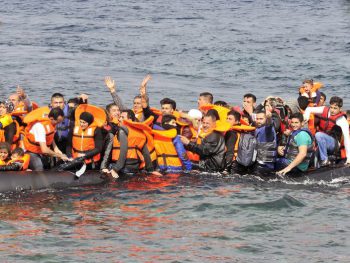 A book published in 2018 by researchers from the Centre of Expertise on Population and Migration (CEPAM) – a collaboration between IIASA and the European Commission’s Joint Research Centre (JRC) – examined potential future scenarios of population trends across the world [1]. The team looked at the population outcomes for 201 different countries, based on three different migration scenarios for each country, in addition to various fertility, mortality, and education scenarios.

Previous demographic assessments have only considered age and sex in population trends, while this study also factored in educational attainment and labor force participation for EU member states. According to the researchers, migration should be seen as an integral part of population dynamics, which is why in their analysis, they considered it in the context of alternative possible scenarios for all countries of the world over the rest of this century.

In the medium scenario, for instance, world population would continue to increase until 2070–2080, reaching 9.7 billion before starting to decrease. This increase is higher than previously thought, largely due to a faster decline in child mortality in Africa. An alternative scenario assuming rapid social development, and especially better levels of education for women, would lower fertility rates with a peak population of 8.7 billion reached in 2055–2060. Stalled social development and lower levels of education on the other hand, result in higher fertility rates and the population continuing to climb over the century, reaching 13.6 billion in 2100.

These effects will of course not be the same for all regions of the world. Under the medium scenario, for example, the population of the European Union will marginally increase to around 512 million people by 2035, largely due to immigration. Following this initial increase, there will be a decline as fertility rates are low with significant aging. Interestingly, the findings indicate that the available labor force does not necessarily diminish if female participation increases.

In Sub-Saharan Africa, the population under the medium scenario is likely to double by 2060, to around 2.2 billion people. With stalled social development and a lack of expansion in terms of education, this could even rise to 2.7 billion, which would in turn lead to widespread poverty and high vulnerability to climate change, with serious implications for potential emigration.

The scenarios developed will help policymakers face a broad range of challenges, from the economic consequences of population aging, to setting development priorities. The results highlight that within certain bounds, future trends in population are not a given and can still be influenced by policies in the longer term, while migration itself can most easily be influenced by policies in the short term.