Exploring the impact of digitalization

With the advent of the internet and the expansion of the digital economy, an increasing portion of consumption cannot be evaluated in monetary terms and attributed in the traditional way. IIASA research explored the impact of digitalization on economies. 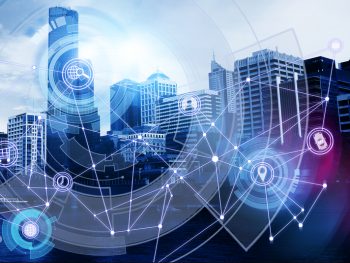 Governments are tasked with devising economic policies to improve the population’s wellbeing, which is traditionally indicated by per capita consumption. Many services provided through the internet, however, are paid for by companies advertising their products – consumers do not pay for it themselves. As a result, this consumption is not reflected in national economic statistics including the country’s gross domestic product (GDP). Services provided through the internet that are not priced and monetized in the traditional way, and therefore not part of the national GDP, are referred to as un-captured GDP.

IIASA research highlighted the phenomenon of un-captured GDP and demonstrated the limitations of current national statistics to properly account for those. The problem of un-captured GDP emerges because market prices do not necessarily reflect longitudinal changes in the quality of products. The study [1] reviewed several approaches that could be used to correct market prices, and hence the national statistics, to account for un-captured GDP. The paper highlights the significant shift in consumer preferences from purely economic functionality to supra-functionality beyond economic value. Further research [2] focused on Finland and Singapore – both world leaders in Information and Communications Technology (ICT) – and contrasted un-captured GDP trends between the two countries to explain the difference in their economic growth rates and welfare. An empirical analysis revealed that innovation of especially products and services of an aesthetic or intellectual nature have created un-captured GDP in Finland.

IIASA researchers also looked at the apparent productivity paradox in the digital economy, where for the last 15 to 20 years the ICT sector has become more interactive, integrated, and seamless. This interconnectedness is expected to create many new opportunities. However, while technological progress historically implied economic growth, in the internet era it seems that this is not the case. A possible explanation might be the two-faced nature of ICT: while capital accumulation in the ICT sector increases the price of products, the abundance of the internet actually decreases it, resulting in an overall decline of the price over time. Another IIASA study [3] empirically examined and confirmed this hypothesis.

Global ICT firms are embracing digital solutions and restructuring their business models toward more competitive digital business strategies. IIASA researchers [4] analyzed digital business solutions in 500 global ICT firms from 2005 to 2016 and discovered that research- and development-intensive firms have fallen into a trap in ICT advancement, resulting in a decline in their marginal productivity. This could be due to increasing dependency on un-captured GDP. As a result, these firms want to harness soft innovation resources and activate a self-propagating function that induces functionality development through sophisticated digital business strategies in response to un-captured GDP. This work highlights the significance of new, open, platform-based innovations in the digital economy.