Breaking out of technological lock-in

Policy and technological innovation for managing risks from poor water quality may be entering a phase of profound transformation brought about by the conjunction of two good ideas: resource recovery from waste flows of water and “clumsiness” in governance systems. 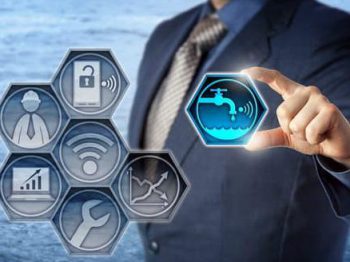 A viewpoint published by IIASA researchers used the theory of plural rationality – also known as the cultural theory of risk – to argue that the transformation from pollution control to resource management will require a deliberative governance process that breaks out of the closed hierarchical dominance of command-and-control water management to include the often fractious opposition. For the entire 20th century the prevailing framing of the water quality policy issue was that non-water resources were in fact pollutants to be controlled and reduced. There was substantial and deep lock-in with regard to technologies like the flush toilet, sewerage, and the centralised wastewater treatment plant, as well as in terms of water governance issues, which were typically dominated by strongly hierarchical institutions and their circle of experts.

Projects undertaken some years ago to restore the water quality in Europe’s river Rhine and North America’s Great Lakes, show that it was only when competing voices were admitted to the table that the problem evolved beyond previously unsuccessful hierarchical control to include entrepreneurial interests in resource recovery and egalitarian voices for nature-based solutions. According to the theory, “clumsiness” is the capacity to acknowledge and benefit from plural, contending, mutually opposed ways of framing and solving a problem. The clumsy solutions of the Rhine and the Great Lakes proved iconic in their success.

Beyond showing the value of deliberative and inclusive policy processes for driving robust transformations, the researchers examined how engineers think as a critical aspect of breaking out of technological lock-in.  They identified four common schools of thought. The three most active of these are the hierarchist school with its marked bias towards complex, carefully planned, capital-intensive, centralised, and large-scale solutions. The second is the egalitarian school for which the affairs of society should reflect the marvellous workings of nature, and science should concern itself with the irreducible whole, while the individualist school of engineering thought calls for the freedom to innovate and take risks. The researchers explain that in a vibrant pluralistic society, these schools compete. Examples include competing views between freewheeling entrepreneurial, private enterprise, and government regulation, or between the “reductionist quick engineering fix” and holistic socially sensitive approaches to risk management.

An IIASA-designed stakeholder process brought the competing engineering schools together with stakeholders in Italy to co-generate a clumsy landslide mitigation plan, which has now been incorporated into policy. The team’s work shows that it is indeed possible to find ways of promoting the creative interplay among more than two, mutually opposed, contending ways of framing a problem and resolving it. They argue that this should not only expand the portfolio of possible alternatives for technology-policy interventions, but could also lead to the chosen alternative being preferable to what might otherwise have happened.