Eco-evolutionary models are becoming increasingly important for biodiversity management as they enhance the realism of how underlying processes are represented. IIASA researchers contributed towards improving descriptions of biodiversity dynamics by using newly available data and incorporating evolutionary processes into ecological models. 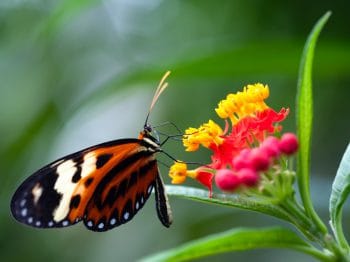 The management of living systems is often difficult due to the presence of several structuring processes that can create unexpected feedbacks and dependencies. As a case in point, models used in fisheries management have traditionally been based exclusively on ecological processes, but in the late 1990s, IIASA researchers realized that evolutionary processes might also be important. They later demonstrated that the inclusion of evolutionary processes in these models could greatly improve policy recommendations. Determining which of these processes are important in any given ecological system is however difficult, as most of the relevant processes can rarely be directly observed in the field.

One study by IIASA researchers [1] demonstrated how underlying eco-evolutionary processes can be assessed by drawing upon and synthesizing several sources of data such as trait- and species distributions, abundances, and the evolutionary development and diversification of species or groups of organisms. The proposed methodology builds on characterizing species in terms of functional traits and describing the underlying structural processes in terms of mathematical equations for rates of change. A recently developed statistical technique known as Approximate Bayesian Computation (ABC) was applied to infer the relative importance of processes.

Two other studies improved the representation of individual life cycles [2] and showed how to account for environmental changes associated with latitude in forest models [3]. In a further study [4] researchers also considered the problem of statistically validating model outcomes that span large spatial regions, particularly for global vegetation models that can make predictions at any point across the globe. The technique incorporates small-scale variability and observational errors to improve comparisons of large-scale area averages with small-scale point estimates.

Using a new large dataset of 257 subtropical and tropical islands, IIASA research [5] showed how the risk of invasion by alien species on islands increases with the island’s remoteness. According to the researchers, islands are hotspots of alien species invasions, and their distinct biodiversity is particularly vulnerable to these invaders. The paper highlights that globalization in trade and transport has led to a breakdown of biogeographical barriers and the subsequent colonization of islands by foreign species, which has important implications for ecosystem sustainability.