Contrary to how it is often portrayed in the public discourse, IIASA-led research has found that the goals of coal sector employment and climate change mitigation can actually be aligned. 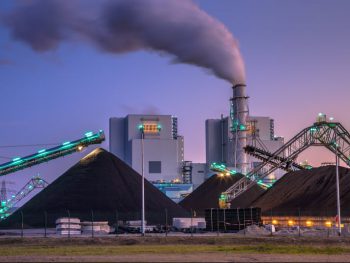 As the need for solutions to the impending consequences of rising global temperatures has become increasingly urgent, concerns have been raised about the loss of jobs if current technologies like coal-fired power plants are phased out. In a 2018 IIASA-led study, researchers modeled the transformation of the US coal sector until 2050. According to the results, the most optimal strategy for meeting the 2050 emission reduction targets consistent with staying below 2°C warming, is through the early deployment of bioenergy with carbon capture and storage (BECCS) and by replacing 50% of aging coal plants with natural gas plants. This would not only retain the current 40,000 jobs in the US coal industry, but would also create 22,000 new jobs in related sectors by the middle of this century.

Carbon dioxide removal (CDR) technologies that aim to remove and sequester excess carbon from the atmosphere, have been identified as an important part of the response to climate change. Among them, BECCS combines carbon capture and storage, in which CO2 is collected from large emission sources such as power plants and injected into underground geologic formations, with the use of plant-based materials (biomass) as a source of fuel. The future role of BECCS and the scale of its deployment are still controversial, but the results of this study show that acting now and investing in this emission-mitigating strategy can be beneficial for employment in the sector.

The researchers studied the major processes and steps involved in the potential energy supply chains for the US coal fleet. Specifically, they looked at the supply of biomass resources from managed and certified US forests and the design and cost of infrastructure for transporting and injecting CO2 into appropriate geological sites, taking into account that biomass must be grown and harvested in a sustainable way to be considered carbon-neutral and thus lead to negative emissions.

The team used a number of different models to analyze existing data, including two from IIASA, the Global Forest Model (G4M), which looks at income from forestry and alternative land uses, and the BeWhere model, which optimizes the technology development of US coal power plants, including feedstock logistics. They also used the Jobs and Economic Development Impact model (JEDI) from the National Renewable Energy Laboratory (NREL), to estimate the employment impacts of technology development.

According to the researchers, repurposing US coal plants presents a rare opportunity to address both emission mitigation and job creation if the right technology change is adopted. They propose that, rather than arguing that climate change mitigation is simply necessary, policymakers should inform the coal sector that such strategies entail employment opportunities.