Thawing permafrost and our warming planet

The results of a study by IIASA researchers shows that carbon release from rapidly thawing permafrost is adding to global warming, and that the world could be closer to exceeding the long-term target of the Paris Agreement than previously thought. 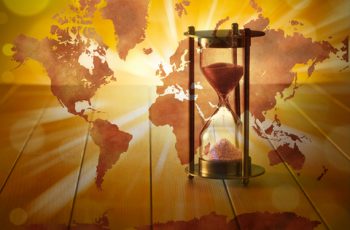 The study is the first to comprehensively account for permafrost carbon release when estimating emission budgets for climate targets, and specifically looked at how current emission budgets are impacted by CO2 and methane emissions from thawing permafrost.

An emissions budget is the maximum allowable amount of total CO2 emissions to stay below a specific global average temperature. Because it is such a simple concept, it has become a popular tool for policymakers in efforts to remain below dangerous levels of warming. Emissions budgets, however, have a shortcoming in that they are strongly dependent on an assumed linear relationship between global temperature rise and cumulative CO2 emissions due to human activity.

Permafrost is soil that has been frozen year round for at least two years. Large amounts of carbon and other nutrients from organic matter is stored in the frozen soil, and is seldom considered in projections of potential future global warming. Although it is normal for the upper layer of permafrost to periodically thaw during the summer months, in recent years, this layer has gradually been expanding due to increasing temperatures. This means that more permafrost is thawing and releasing the previously trapped carbon into the atmosphere, which will reduce the budget of CO2 we can emit while staying below 2°C of global warming. It is also an irreversible process over the course of centuries, and may be considered a “tipping” element of the Earth’s carbon-climate system that puts the emission budget framework to the test.

By adequately accounting for such a tipping process in emission budgets, the results of this study show that the world is much closer to exceeding the budget for the long-term target of the Paris Agreement than previously thought. The results further indicate that the effect can become even more significant for overshooting trajectories, in other words, first exceeding the targeted level, and then going back down to the target. The Paris Agreement explicitly acknowledges an overshooting trajectory, peaking first at ‘well-below’ 2°C and then pursuing efforts to get back to 1.5°C. During the overshoot period however, rising temperatures will lead to further permafrost thaw, which will in turn lead to more released carbon that will have to be removed from the atmosphere for global temperatures to decrease.

The researchers caution that this is a risky strategy and getting back to lower levels after an overshoot will be extremely difficult. We might even have to prepare ourselves for the possibility of never getting back to safer levels of warming. They hope that their work will impact the scientific community by demonstrating that emission budgets are not as simple a tool as first thought and that it will help policymakers to design effective future climate mitigation strategies.