Through chemical reactions in the atmosphere, ethane and propane affect the formation and loss of several air pollutants and greenhouse gases. A study involving IIASA researchers showed that global levels of these compounds have been grossly underestimated and that revision is needed. 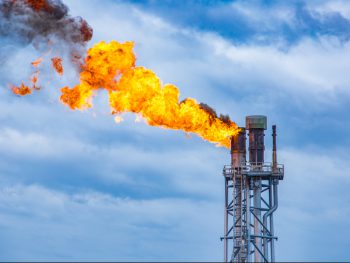 Ethane and propane emissions are particularly harmful in large cities where, through chemical reactions with other emissions such as exhaust fumes from cars, they contribute to the formation of ozone – a greenhouse gas that is a key component of smog and directly linked to increases in mortality. The study [1] shows that global fossil fuel emissions of these compounds have been underestimated and could be more than 50% higher than previously thought. As most atmospheric ethane and propane comes from oil and gas activities, the underreporting of these hydrocarbons in national emission inventories can likely also be drawn back to these sources. According to the authors, it is vital that we understand the levels of hydrocarbons in the atmosphere to predict the exposure of populations to harmful emissions, which is particularly important for regions that are already at the upper limits of safe exposure.

The study employed an atmospheric transport model to compare how country-reported emissions inventories measured up to observed atmospheric concentrations of ethane and propane picked up at 27 monitoring stations around the Northern hemisphere. The results revealed that a substantial upward revision of emissions is needed. According to the researchers, major detailed atmospheric model studies performed to date have neglected natural geologic emissions of hydrocarbons, such as mud volcanoes, gas seeps, and volcanoes. In terms of man-made sources, this study is also the first to use two recently published fossil fuel (oil, natural gas, and coal) emission datasets. The first of these incorporates extensive country-level data on flows of associated petroleum gas (APG) to estimate considerably higher hydrocarbon emissions from APG venting than is currently assumed. The second inventory is based on a global bottom-up emissions inventory for ethane from the fossil fuel industry and a global database on source-specific isotopic compositions of gases released from various sources. Using these new fossil fuel emission datasets and adding the geologic emissions, the applied atmospheric model reproduces observed current ethane and propane levels in the Northern hemisphere, including episodic fluctuations.

The researchers caution that, although levels of ethane and propane declined in many places in the 1980s and 1990s, global growth in demand for natural gas means that these trends may be reversing. The resulting effects of higher ozone levels will be felt in the rural environment where it could damage crops and plants, as well as in cities where it will continue to have adverse effects on human health. This study is the first to offer possible explanations for what is missing from the existing emissions inventories, and could help to generate improved estimates. In addition, the results could aid in the development of strategies to reduce emissions.