Breathing clean air, the most basic human need, has become a luxury in many parts of the world. IIASA researchers contributed to a report representing the first comprehensive scientific assessment of the air pollution outlook for Asia and the Pacific. 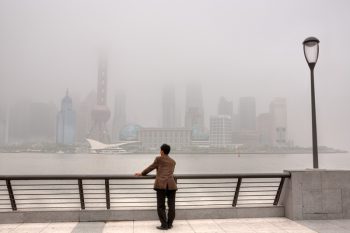 Around 4 billion people living in the Asia-Pacific region – this is 92% of the population – are exposed to levels of air pollution that pose a significant risk to their health. Worldwide approximately 7 million people annually die prematurely from air pollution related diseases, with about 4 million of these deaths occurring in Asia-Pacific.

Researchers from IIASA led the modeling and quantitative analysis [1, 2] of the study that underpins the report and helped to identify simple and cost-effective measures that could deliver benefits across sectors. During their analysis the team realized that some measures have larger than expected potentials to reduce air pollution, while others generally thought to be effective make only a small difference. Knowing this could improve the effectiveness of policies. The work also considers the region’s considerable diversity, showing that the identified measures are not equally appropriate for every part of Asia-Pacific, which means that they must be tailored, prioritized, and implemented according to national conditions.

The selected measures can be grouped into three categories. The first concerns conventional emission controls focusing on emissions that lead to the formation of fine particulate matter (PM2.5), in other words, particles such as dust, soot, and smoke that result from, for instance, the burning of fuel. Measures in this category includes activities like increased emissions standards and controls on vehicles, power plants, and large- and small-scale industry. The second category focuses on further air-quality measures aimed at reducing emissions that lead to the formation of PM2.5 and are not yet major components of clean air policies in many parts of the region. This includes actions like reducing the burning of agricultural and municipal solid waste, preventing forest and peatland fires, and proper management of livestock manure. Measures in the third category contribute to development priority goals with benefits for air quality. This includes using renewable energy for electricity generation, providing clean energy for households, improving public transport, and promoting the use of electric vehicles.

Millions of lives could be saved and one billion people living in Asia could be breathing clean air by 2030 if the simple and cost-effective measures outlined in the report are implemented. Specifically, effectively implementing the 25 measures would result in a 20% reduction in carbon dioxide and a 45% reduction in methane emissions, preventing up to a third of a degree in global warming. Resulting reductions in ground-level ozone could also reduce crop losses by 45% for maize, rice, soy, and wheat combined. According to the report, this will not only deliver substantial benefits to human health, food production, environmental protection, and climate change mitigation, but a basket of co-benefits that includes savings on pollution control will also accrue.