The need to account for uncertainty when making decisions is at the core of systems analysis, be it for decisions around crop allocation or the choice of technologies in the energy and water industries. 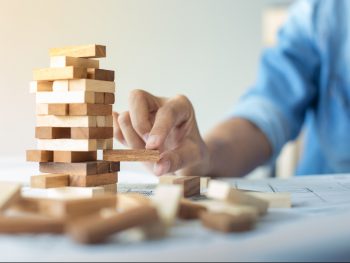 Decisions supported by optimization models are typically sensitive to model parameters like precipitation, temperatures, and market prices, which are naturally highly uncertain. Due to the non-linear dependence of solutions on uncertain parameters, naïve scenario-based analysis is often misleading in producing reliable policy advice. IIASA researchers and collaborators from China demonstrated how much optimal solutions might vary in different scenarios in a case study of coal and agriculture production in Shanxi, China [1].

Researchers from the institute have been developing and prototyping a technique as an alternative to the scenario-based approach for decades. The resulting technique can be used to devise robust solutions tailored to dealing with uncertainty associated with the risks of catastrophic natural disasters like floods or earthquakes. The team reviewed and highlighted the value of this methodology for a general audience [2]. The work demonstrates that pro-active risk mitigation measures combined with an intelligent approach to setting resources aside, could build adaptive capacities for actions after an event. This can significantly reduce the overall burden on national economies and strike a healthy balance between economic growth and security.

IIASA researchers also participated in the development of a portfolio model to support the selection of strategic actions in corporate decision making when information about the input uncertainty is incomplete and may depend on selected actions [3]. In their paper, the authors also present a case study where the model helped a group of globally operating Nordic steel and engineering companies to build a platform ecosystem strategy that accounts for uncertainties related to markets, politics, and technological development.

In a separate study, IIASA researchers suggested a way to improve a prominent decision-support approach known as “many-objective robust decision making” (MORDIM) [4]. They showed that incorporating a systematic scenario selection procedure in the search phase, not only makes solutions more robust, but also results in an increased trade-off variety.

Another approach to dealing with decisions under uncertainty is based on the idea of “guaranteed” controls from mathematical control theory, which requires the set-up goal to be achieved for any realization of uncertainty. The methodology of attainability domains (or reachable sets) is helpful to derive such “guaranteed” controls. IIASA researchers developed a numerical algorithm that is able to solve general “guaranteed” guidance problems for linear dynamical systems with incomplete information about the initial state of the system [5].

Attainability domains were also used to analyze models representing diffusion processes [6]. Such models can be helpful in analyzing opinion dynamics across a network of people, or the dynamics of labor and capital flows over a network of countries. The team employed a probabilistic framework to represent diffusion in networks and provided a tractable and efficient way for controlling the network dynamics by means of external controls and alterations in the network topology.