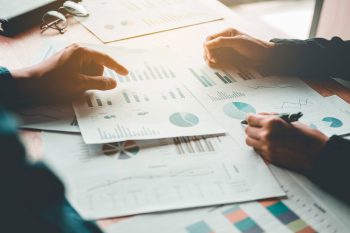 As part of the CD-LINKS project, IIASA and The Energy and Resources Institute (TERI) co-organized a workshop on integrated assessment modeling and data analysis and visualization tools in New Delhi, India. A series of events on integrated solutions for the water-energy-land nexus, including a contribution to the Third Indus Basin Knowledge Forum, were co-organized by IIASA researchers in India, Pakistan, and at the institute’s premises in Austria. Similar workshops are planned to be held in Brazil and Israel, while a summer school on integrated assessment modeling in Venice, Italy will be co-organized by IIASA in 2019.

IIASA researchers are developing sustainable energy pathways under the umbrella of the UN Economic Commission for Europe (UNECE) in close cooperation with national stakeholders from Russia, Ukraine, and several central Asian states. First results indicate the significant benefits for all in case of improved collaboration within the region (Figure 1). The analysis was presented at a conference in Kiev, Ukraine in November 2018. As part of this effort, a methodology for the rapid prototyping of country-scale energy models was developed. The plan is to apply the tool more widely, including to other IIASA member countries.

Another prominent example of national modeling is the institute’s successful collaboration with the National Institution for Transforming India (NITI Aayog), which launched its national energy systems model in 2018. The NITI model was co-developed with IIASA support, and is based on the open source MESSAGEix modeling platform. As part of the model development, training was provided for young professionals in India to ensure that modeling and analytical capacity in Indian institutions are strengthened.

Over the course of 2018, the IIASA Energy Program hosted seven early and mid-career researchers from IIASA member- and observer countries, including Brazil, China, Iran, Israel, and Pakistan for extended periods to jointly work on research projects. These research exchanges on the one hand help to bring methods and best practices in modeling to IIASA member countries, and on the other, improve the in-depth knowledge of challenges faced by individual countries and their representation in analytical tools within the program.